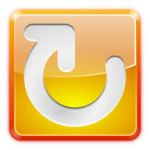 Maybe faith is a lot like your personal computer. Is that a stretch? Well, think about it. No one really thinks about his or her computer until it stops working. Faith isn’t much different. For example, I spent some time once with a young lady who was convinced God was going to heal her of a serious sickness. She spoke of her faith with conviction, over and over like a magical mantra. But I felt she was trying to talk herself into a hoped-for outcome, more than giving testimony to genuine faith. Then, it happened. Not healing, but surgery.

She was devastated; and not in the garden variety way of being disillusioned. No, this was a bona fide spiritual crisis. What she had believed was reduced to ashes, consumed in the fires of disappointment. As instructed by her spiritual leaders, she had, as it were, dutifully shoved coins into the Jesus-shaped vending machine that informed her understanding of God. She got nothing in return. No amount of smashing buttons, shaking heaven, or demanding a refund would change that.

I spoke to her after surgery and did my best to explain that faith isn’t always an escape hatch. Having faith doesn’t mean we always avoid trouble, like a cosmic “Get out of Jail Free” card. Instead, as disturbing as it is, faith sometimes leads to troubles. But in the process, faith is the only thing to get us through it. I was met with a cold, empty stare and nary a spoken word. Her faith, at least faith as she had known it, was no longer functional.

Leaving her, I immediately met a friend for lunch at a local Chinese buffet. He arrived red-faced and breathing fire even before we got around to the Hunan chicken. It seems the computer system at his office was on the blink. Heaven knows I can commiserate. Can’t we all? I have never seen anything make otherwise normal people (including myself) go absolutely banshee-bonkers than a malfunctioning computer. Let the computer system crash at the company office, deprive people of their precious e-mail, let everyone know that all hard drives are fried along with everything on them and there will be weeping and gnashing of teeth.

Formerly mild-mannered corporate cogs will be transformed into bloodthirsty hooligans with torches and pitchforks lying in wait outside the IT engineer’s office until they have had the opportunity to tear him or her to pieces.

So, computer crashes and crises of faith have more in common than you may have realized. When faith and computers work, life is grand. When either of these fails, well, it hits the fan. But maybe they also have a similar recovery. Maybe the problem isn’t faulty faith or crashing computers at all. Maybe it’s a virus. I’m no computer-geek but I know that a computer virus is a nasty piece of work. It so screws up the operating system and the other software on the computer, that actions as simple as sending an e-mail become impossible.

Likewise, many of us have viruses in our faith. Sure we have faith, but there are bits of contamination that have wormed their way deep into our operating system. We may not even know these invaders are there until we call upon our faith to actually work. Like in times of sickness, or when we have marital problems, or in rearing children, or faced with financial crisis, or when we can’t access our e-mail; then, with the pressures of life bearing down upon us, we will find out if our faith is functional.

So what do you do if your faith seems a bit virus weakened? Well, don’t throw it all away. That would be akin to chunking your new laptop just because your spreadsheets won’t load. Instead, take the time to do a little maintenance. Scan your files. Fix the firewall. Delete the corrupted files. Protect your faith from the glut of enemies it naturally has. Then, reboot, power up, and get to work. You’ve got mail waiting in your inbox.