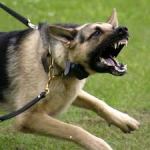 Centuries ago, those who suffered mental illness were often committed to “madhouses.” These so-called treatment centers were about as brutal, barbaric and inhumane inventions as could be humanly conceived. Patients were subjected to various shock therapies, exorcisms, bloodlettings, ice baths, and gyration wheels. When not directly enduring these interventions, patients were generally kept in dark dungeons, chained to walls or the floor.

But by the 19th century treatment options, mercifully, began to change with the rise of the asylum. In their original form, these were sanctuaries for the ill. Dr. Samuel Tuke, a Quaker physician and minister building on the work of his grandfather, created one of the first asylums. It was a quiet country house where patients were treated, not as wild animals, but as human beings.

Dr. Tuke also broke ground with something he called “moral treatment,” and it became the foundation of mental healthcare for the next century. While being morally treated, patients were taught to dress respectably, and to behave in social settings. They were expected to watch their table manners, make polite conversation over tea, and keep their living space clean. The treatment was reinforced by constant monitoring and a system of rewards and punishments.

Outwardly, these patients looked perfectly healthy as their behavior followed the established rules in which they had been trained. It was a marked improvement, but inside the ill remained very much the same. Put the patients in situations for which they had no rules and everything collapsed. Let their monitors leave them alone for an extended period, and disaster struck. The patients could do all the right things when forced from the outside, but they had no concept of right motivation from the inside.

“Moral treatment” was a failure and highlighted a limitation as old as the human species:  People are not changed by chains – whether these chains be made of iron and steel, or made from rules and coercion. If people are going to change, it is because something happens internally, not because their external behavior has been modified.

Knowing and keeping the rules, even religious rules, is simply not a better way to live. We need a way of life that transcends our chains and changes us from inside; and that is exactly what Christ offers. Jesus strikes literally at the heart of the issue – our hearts – transforming us from the inside out, so that more rules and steeper requirements are not required.

Now, to think of spirituality without rules is a radical departure for many of us because we have based our entire connection to God on rule-keeping, “being good,” measuring up, and following the jot and tittle of every bit of “moral treatment” we have ever read. We have been patients that would make Dr. Tuke proud!

Of course, when we got out of ear or eye shot of our monitors, or when we were put into situations for which there were no exact rules, we failed to live up to these demands and were swamped with guilt, fear, and shame. Christ came to set us free from all of this, the bonds of religious legalism and the chains of disgrace.

Jesus didn’t arrive – and thanks be to God for this – with more and better rules, a heavier and stronger chain. He arrived with a transformative, liberating way to live that moves us to right thinking, right feeling, and right actions.

The always colorful Clarence Jordan explained it like this: He said “Keeping the religious rules is like chaining a vicious dog to a tree. With the dog chained in such a way the owner could then report, ‘You know, my dog has never bitten anyone. He must be a good dog.’ Wrong! The goodness of the dog is based solely upon the strength of the chain.”

Jesus’ intention is to heal and change the very nature of the human species, not to manufacture a more robust chain. By transforming the human heart, Christ shows that chains not only fail to change us, but that those chains are no longer necessary.