*NOTE: This is a “Keeping the Faith” reprint from December 2012. I have been posting older editions to my blog on Thursdays. However, this will be the last past edition as my current site has all of my columns from 2013 forward (and now, most everything from past years). New editions will continue to post once a week. I found it ironic that this is the last “Thursday” edition given its subject matter and the recent hand-wringing among so many Christians. It’s 2 1/2 years old, but could have been written last week. 🙂 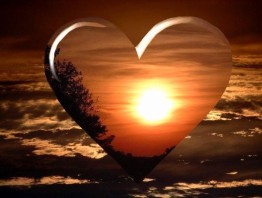 According to the Pew Research Center’s recently released report, a full one-fifth of Americans are now unattached to religion, and the Protestant majority is no longer that; Protestant Christians now make up less than 50% of the population. News agencies reported this news as statistical facts with maybe a raised eyebrow of curiosity while some agnostics celebrated the dawn of a new secularism. Meanwhile, fretful pulpiteers wrung their sweaty hands as they thundered to their shrinking congregations about the end of Christianity, threats against morality, and this trend that confirms that the apocalypse is upon us.

The illustrious Garrison Keillor had the cleverest response of all. If the statistics are true, he mused, then it means the death of the some of the world’s finest cuisine: The end of church potluck dinners. While some mourned over the condition of souls, he crooned with tongue deeply in cheek, his concern was the future of Lutheran casseroles.

Well, it seems the statistics are correct, and those of us who spend time in the church know it, and know it is no laughing matter. We don’t need an exhaustive study to confirm that the church is dwindling. A growing population is indeed unengaged with organized religion. They aren’t necessarily atheistic, nor are they antagonistic toward faith. They are simply uninvolved. Why? Some of it is demographic, related to the age of our transitioning generations. Some of it is the natural evolvement of a Western society, and the result of an increasingly diverse nation. But frankly, and this cannot be ignored, the church has earned this decline all by its institutional self.

The Pew Report confirms that the religiously unaffiliated think that religious organizations are “too concerned with money and power, too focused on rules, and too involved in politics.” As one deeply committed to the Christian faith, I could not more heartily agree; I say, “Amen.” Combine this study with the respected statistics of the Barna Research Group (which is an evangelical think tank), and the situation becomes clearer still. According to Barna, those unaffiliated with religion use several primary words to describe Christianity, words that include: “Anti-gay, judgmental, hypocritical, and insensitive.”

I know not every Christian behaves harshly toward others. The most gracious, caring, and welcoming people I have ever met are Christians, fixed firmly within the institution. But I admit that the most obnoxious, hateful, and critical individuals I have ever met are also religious people. This has to change.

The longer I do this kind of work, and the longer I see these kinds of recent statistics, the more strongly I feel that the last thing most communities need is just another religious institution: An institution that pounds the pulpit and its parishioners with unyielding dogma; that points fingers, condemns, and excludes others from the love of God; that can never confess its shortcomings, admit when it has been wrong, or meet people where they are rather than demanding that people come to it.

I call these places “church.” Yes, I know, some churches are far better at being judgmental religious institutions than being living bodies of service and compassion, but my hope endures. My hope endures because where hardened institutionalism ends, love can begin, and the love of God is the most attractive force in the universe.

6 thoughts on “Where Love Begins*”