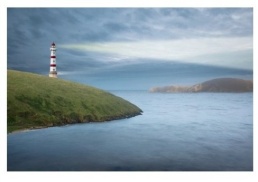 Sociologist Robert Putnam wrote a book some years ago entitled, “Bowling Alone.” Bowling, unbelievably, is the most participated in sport in America. Annually, more people bowl than any other single sport. But, fewer people are bowling in leagues than any other time in US history. Thus, people are “bowling alone,” in isolation, not in community and connection with others.

Putnam uses this as a metaphor for our society. While technologically linked (more than ever), we interact far less with people, and are more disconnected than any other time in human history. The result is less and less social cohesiveness and civility. We splinter into special interest groups, fragmented, with less cooperation and trust toward those outside our immediate circle, breeding conflict, distrust, hostility, and competition. Putnam’s conclusions are accurate in describing 21st century America.

People of faith, ironically enough, have a solution for this problem. In a word, it is hospitality, a practice far more substantial that simply playing nice with others, or making newcomers feel welcome at the worship service. Hospitality, as used in the New Testament, is not the act of being nice, though a little kindness would go a long way in this world. Rather, hospitality is an openness to the stranger.

Hospitality is the intentional act of removing the barriers that stand in the way of community – racial, political, social, economic, religious, and otherwise. It is cutting the chains that have kept doors locked shut, and opens arms and hearts to those in need.

William Tyndale, one of the first persons to translate the Hebrew and Greek manuscripts of the Bible into English, had a most accurate take on our word “hospitality.” Tyndale translated the word as, “a harborous disposition.” To create safe harbors, safe places for others to come in from the storm and find safety, wholeness, and welcome; this is hospitality.

Obviously, a cursory look at the word “hospitality” shows that Tyndale was on track. “Hospital” is the root of the word, and a hospital, originally, wasn’t a high-tech medical facility. A hospital was a guest house for pilgrims who were traveling long journeys. One can cross Europe today, via air or rail, in a matter of hours. To walk that distance, as the pilgrims traveled, might take years.

So along the pilgrim road, with no Super 8 Motels or Golden Arches, guest houses were established. These were hostels, hospitals, or “hospices” – which is the Latin root. These welcoming places took in strangers, travelers, and pilgrims; provided them with food, cared for their wounds, and gave them a safe, warm place to sleep. And when the traveler was rested and ready, he or she would hit the road once again.

Obviously, “hospice,” in the last generation, has been transliterated directly into English thanks largely to Dr. Cicely Saunders. She created a specialized care center for dying patients outside of London, with the conviction that the dying should receive the same dignity and care given to patients who would eventually recover.

In fact, the dying deserved greater care – compassionate, palliative, pain-relieving care – because these patients were pilgrims on their last, long journey. Dr. Saunders created that groundbreaking place, and invoking the original use of the word – all the way back to Tyndale and the Latin meanings – she called it a “hospice.”

But hospice – in the original sense of the word – doesn’t belong exclusively to the healthcare industry; and it’s not just for the dying. Hospitality is a requirement for all weary travelers on their long, varied journeys; and that is, indeed, the work of the church.

Hospitality is an invitation for the stranger to feel welcomed; for the outlier to find a home; for the exhausted to find rest, and for the traveler to resupply for the trail ahead. Hospitality, practiced properly, is to do no less than fulfill the words of Jesus who said, “As you do for the least of these, you do for me. For I was hungry, and you fed me. I was thirsty, and you gave me a drink. I was a stranger, and you invited me in.”

8 thoughts on ““A Harborous Disposition””