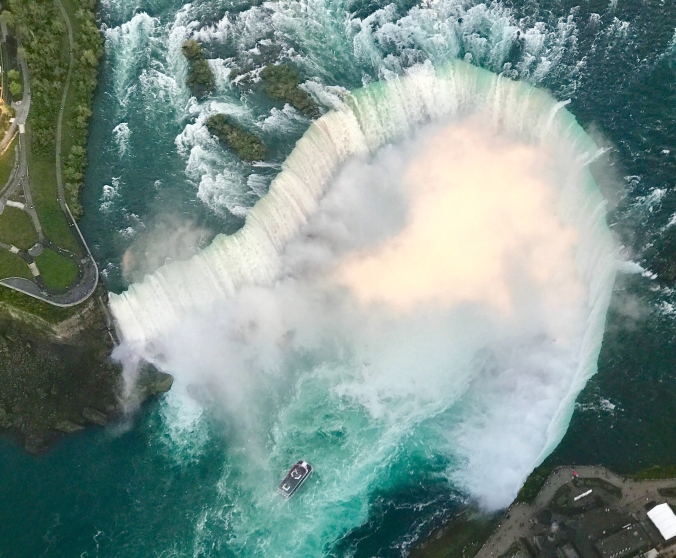 Near Rochester, New York, a prominent, cliff-like ridge erupts from the landscape and runs west for hundreds of miles: Through New York, across parts of Ontario, into the upper peninsula of Michigan, hugging the coastline of three of the Great Lakes, and finally terminating in Wisconsin, just north of Chicago, Illinois.

It is called the Niagara Escarpment, and gets its name from the fact that the Niagara River runs over this steep slope, falls 167 feet to the basin below, and forms Niagara Falls. All along the way there are scenic views, high cliffs, beaches, caves, deep valleys, rolling hills, and a sprawling ecosystem with all manner of flora, fauna, animal life, and old growth forest.

A poet and preacher would leave the parsonage of his little Presbyterian church in Lockport, New York and hike all along the Escarpment. Into the wilderness he would trek, and from the top of the ridges he could look down on the extended country farms, the green valleys, and Lake Ontario in the distance.

That pastor’s name was Dr. M.D. Babcock, and before leaving for his walk in the woods, he would check in with his assistant by saying, “I’m go­ing to see my Fa­ther’s world.” He wrote a lengthy poem about those walks, a poem not published until after his untimely death in 1901.

A few of his verses were put to the tune of an old folk melody, and over the last hundred years, “This Is My Father’s World,” has become one of the most beloved and sung hymns of the English-speaking world.

I like to imagine Reverend Babcock sitting on a rocky bluff overlooking the New York wilderness, a pencil and paper in his hand. He nibbles at his packed lunch with the Great Lakes glistening on the horizon as the sun shines down: “This is my Father’s world, and to my listening ears; All nature sings, and round me rings, the music of the spheres. This is my Father’s world: I rest me in the thought; Of rocks and trees, of skies and seas; his hand the wonders wrought.”

Everything that you “own” really isn’t yours. God has graced you with it for this time you have. Your family, home, any love you feel, this beautiful world – every “good and perfect gift” – the Apostle James wrote – “comes down from the Father.” It all belongs to God, and any claim of ownership is arrogance.

The only thing God doesn’t own – and the only thing his children can offer back – is gratitude. Dr. Babcock, in his journal notes, wrote that the Scriptural inspiration for his grand poem came from Psalm 50: “Make thankfulness your sacrifice to God,” and the awesome beauty that surrounded him simply pulled that gratitude from his heart.

In the words of the German mystic Meister Eckhart, words centuries old but ringing with eternal truth: “If the only prayer you ever say in your entire life is ‘thank you,’ it will be enough.” Amen.

3 thoughts on ““Thank You” Is Enough”