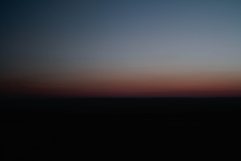 The Welsh poet Dylan Thomas began his writing career while still a teenager. He dropped out of school, much to the chagrin of his father who was an English teacher, to pursue his literary interests, and was a published author before he was twenty years of age.

His works and words were deeply emotional, charged with passion, and at times obsessed with death, particularly challenging the finality of the old Grim Reaper. One of his first publications was entitled, “And Death Shall Have No Dominion,” an audacious kicking against the darkness to be sure.

These words are defiant and furious, descriptive of so many personal battles. Just observe a young person diagnosed with cancer; a soldier brought home from the battlefield with crippling injuries; a man or woman who survives that “widow-maker” heart attack. Something remarkable often happens with such people.

They have the wind knocked out of them, certainly, but they don’t lie down to die. They find the rave and rage to fight “against the dying of the light,” refusing to “go gentle into that good night.” From somewhere they find the rebellious strength to recover, to live, and to thrive.

This strength, in my experience and observation, is not superhuman, as if these individuals can conjure up an internal fortitude that others cannot tap into. It is more than the “endurance of the human spirit.” It is another kind of Spirit. It is supernatural. It appears to come from somewhere else altogether.

In Eugene Peterson’s translation of the Book of Hebrews, he talks about “adrenaline shot into our souls.” That seems to be an able description, for “raging against the dying of the light” requires more than physical strength. It takes emotional, mental, and spiritual power.

So, all this talk of defiance should not make you feel like you should try harder; that you should trim down, bulk up, work out, and dig in. It’s not like that. True power comes from powerlessness. It comes from surrender. It is the result of finding a strength outside one’s self.

In the words of the good book – that’s the Big Blue Book of A.A. – “We admit we are powerless, and believe that a Power greater than ourselves can restore us.” Then, the weaker one gets, paradoxically, the stronger one becomes. That is the true source of strength.

No, you don’t have to be stronger, better, faster, tougher, holier, or “more” anything. You simply have to hang in there. By God’s help and grace, you can do exactly that, and find the holy chutzpah to live the life you have been given.

4 thoughts on ““Against the Dying of the Light””